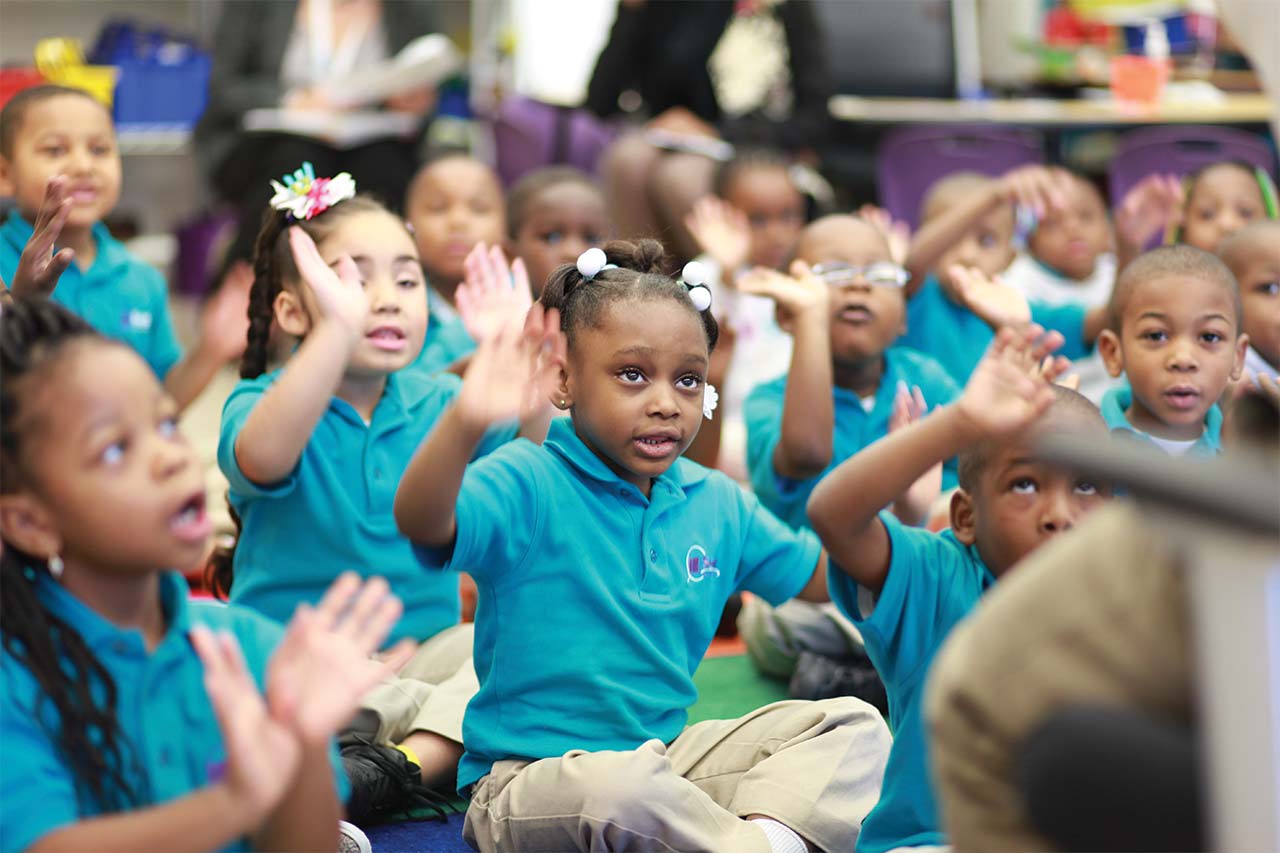 KIPP New Jersey (heretofore known as TEAM Schools) has an ambitious goal – to build a network of schools that will prepare our students to enroll and graduate in college.

We know that we can’t achieve this goal if we don’t keep our students with us for the long haul. The KIPP Foundation has created Six Essential Questions to evaluate our progress as a network. The second question – Are our students staying with us? – expresses our fundamental belief that, in the words of KIPP’s CEO, Richard Barth, “A KIPP school with high attrition is not a healthy KIPP school, regardless of other positive indicators.”

Because these numbers aren’t consistently collected or reported here in New Jersey, we wanted to take an opportunity to share our numbers and talk about student attrition more generally.

TEAM’s student attrition is very low, both in an absolute sense and relative to district schools in Newark.

Across our six schools in Newark, our student attrition last year was only 7%, among the lowest of any region in KIPP. Our attrition rates are low and getting lower – we’ve reduced student attrition by a full percentage point over the past four school years, even as KIPP New Jersey has grown significantly in size.

Here are KIPP New Jersey’s network attrition rates over the past four years: The full methodology for these numbers is described at the end of this post, but one important takeaway is that these numbers are the only actual student-level data available anywhere online – any TEAM “attrition” numbers being reported elsewhere are crude approximations, made by patching together state enrollment figures.

We’ve also heard specific claims made about our attrition by gender – in particular, concern that our attrition rates for males skew higher than for females – which are false. Here’s the attrition data from above, this time broken out by gender: We believe that low attrition is a priority as an end unto itself, but the most pointed attacks on KIPP New Jersey’s record from anti-charter activists have used arguments about attrition to critique our expansion in Camden. The numbers they have used have been presented without any context; unless we know what the baseline is, or how other schools in the district perform on this measure, we cannot assess whether our attrition numbers are high or low.

Unfortunately, these numbers are somewhat hard to come by in New Jersey. The state doesn’t report student attrition in report card data, but until 2011 it did report a statistic called ‘mobility’, which they defined as “the percentage of students who both entered and left during the school year.”

Here are all the schools in Newark ranked from lowest mobility to highest mobility, using the most recently-available data, which is from 2011. Note that our mobility is 7% while our attrition that year was just over 8%. That is because of the differences in the definitions of mobility and attrition. Now, mobility certainly isn’t exactly the same thing as attrition – for one, it counts both students who enter and leave the school (we’re interested only in students who leave) and it doesn’t capture student attrition that happens over the summer, after the last state submission has been made – but it’s certainly close enough to conclude that our student attrition is among the lowest in Newark. This conclusion is even more dramatic when you compare TEAM’s results to nearby South and West ward district schools like Peshine (30%, across the street from our first middle school, TEAM), Fourteenth Ave (33%, blocks away from our second middle, Rise), and Carver (29%, where our second elementary rents space).

These comparisions in Newark are backed up by a rigorous national study of KIPP that was recently conducted by the well-known, independent research group Mathematica Policy Analysis. The headline? “We find that, on average, KIPP middle schools admit students who are similar to those in other local schools, and patterns of student attrition are typically no different at KIPP than at nearby public middle schools.”

Student attrition is important. Schools should be judged by the actual contributions they make to student learning, and any school who loses large numbers of students should rightfully face scrutiny for it. But simply put, any fair-minded reading of the data and research on this question shows quite conclusively that KIPP New Jersey’s attrition is low, getting lower, and substantially less than nearby district schools.

A note on methods: The definition of attrition we use is the common language one – students who enroll at TEAM and subsequently leave. But in the interest of precision, here’s a more precise description of how the numbers above are calculated: 1) For any given year, start with the students who were were present or enrolled after 10/15, New Jersey’s official count day for enrollment. 2) Look ahead one year. If the student is still in the network, count them as a 1. If the student graduated from 4th grade, 8th grade, or HS, count them as a 1. Anyone else who is no longer enrolled (for any reason) count as a 0.