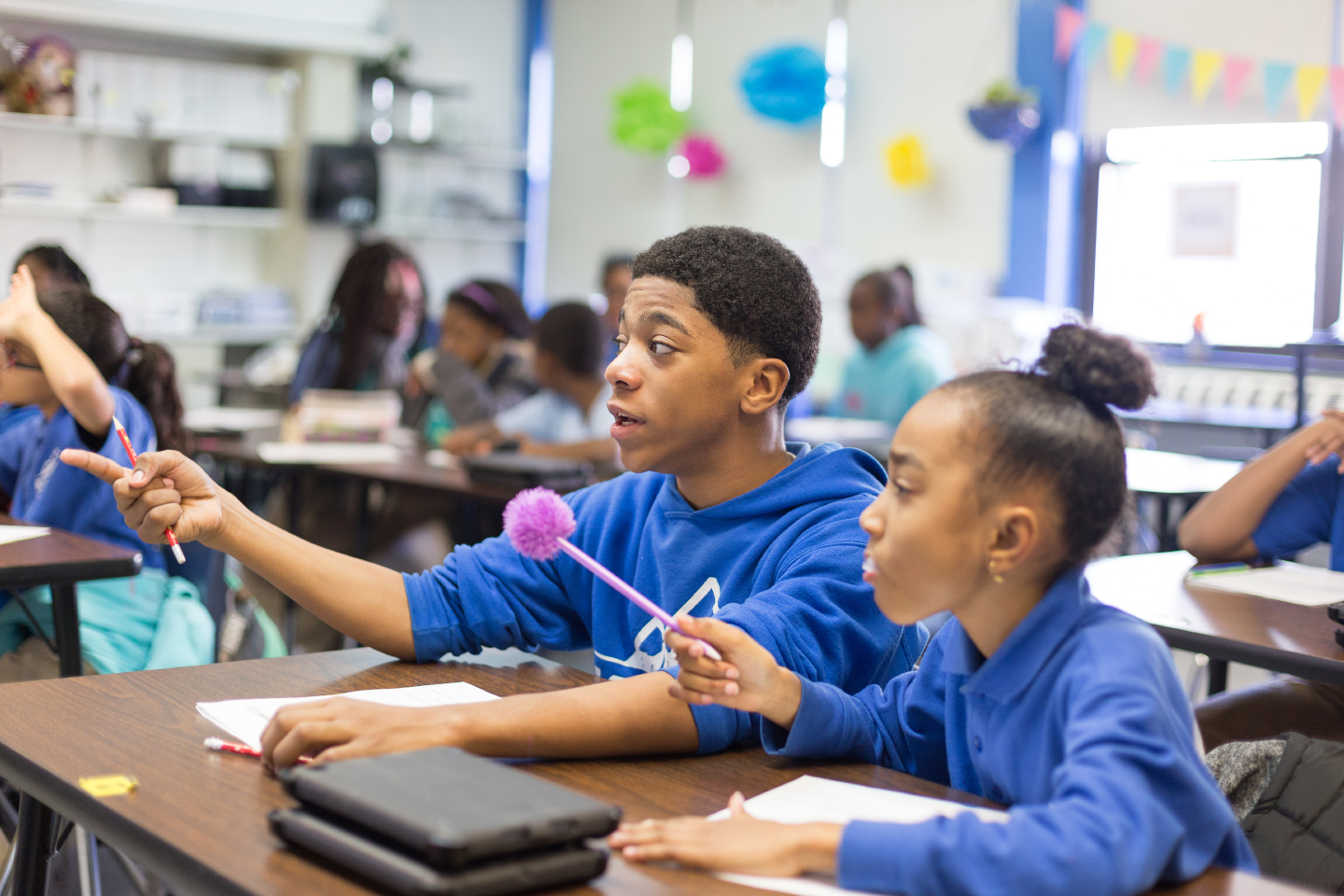 Dear Mark, A Letter to Myself

By Mark Joseph, 6th Grade Math Teacher at KIPP Rise Academy. He wrote this letter to himself after completing his tenth year of teaching at the end of the 2016-17 school year.

You called out sick today (Thursday, September 6, 2007). Only your third day of school – ever! – and you lied about having a family emergency in Rhode Island. I know, you’re scared; not of the kids but of the seriousness and urgency of the task. You’re responsible for their 7th-grade education. Seventy kids. Reading and writing and history and health. That’s a lot of pressure considering how little you truly know about teaching.

Well, I can tell you this, Mark – you go to school on Friday, September 7, 2007, and you’re still teaching ten years later in 2017. Over one thousand kids and counting.

Why do you show up on that Friday?

Truth is, I’m not exactly sure. I’d like to say it was grit or hope or some Tony Robbins type passion but I think it was probably that you didn’t want to be seen as a quitter.

Let me give you some advice. Ten pieces for the ten years you’ve been teaching. It can’t hurt, right? If anything, it will only help you get better.

1.) Fall in love with your kids and their families. Right now you are motivated by the injustice of the achievement gap (which isn’t a bad thing; that’s what got you into teaching in the first place) but love is more personal and specific and contextual and empathetic. As noble a pursuit as justice is (and it’s a super meaningful pursuit), love is deeper and stronger and kinder. It will get you up in the morning. One day you’ll be on a packed bus with kids (and adults) singing their hearts out and you’ll wonder: what created that amazing experience? The answer won’t be justice; it will be love. (Always.)

And when your kids share that love with others – like when Sydney buys Jah’sir a pack of twenty pencils because she notices he doesn’t have any at the time or when Amirah and Sasha write thank you notes to the cleaning staff in Spanish using Google Translate because they want to thank them in their own language – you won’t be able to contain the pride and the hope and the excitement that you feel. So don’t; tell everyone you know about such occurrences. Become a narrator of the beauty you are lucky enough to witness on a daily basis.

2.) Fall in love with your colleagues. Send them texts with unicorn emojis and lasers. Bake them sugar cookies. Read inspirational books with them like This Is Water or Miss Rumphius. Actively listen to them. Great teachers make other teachers better. You won’t ever have that chance unless you care about your colleagues authentically and unconditionally. Right now you think teaching is a solo act. It’s not. When done well, it’s a chorus. It’s Hamilton.

3.) Related to #1 and #2 (because David Foster Wallace says it best): “The really important kind of freedom involves attention, and awareness, and discipline, and effort, and being able truly to care about other people and to sacrifice for them, over and over, in myriad petty little unsexy ways, every day.” (Preach.)

5.) I’ve said it before but it’s worth saying again: kids have the best BS detectors in the world. They can tell when you’re faking and they can tell when it’s real. Be real. You like blue raspberry flavored everything and El Toro at Six Flags and LeBron and Harry Potter debates – there is no reason to hide that stuff. Instead: embrace it. The more you are you, the more you will encourage kids to be their true selves.

7.) Appreciate the shades of gray. Right now you are young and inexperienced and see most things as black or white. They aren’t. One kid might be late to school consistently and need a short conversation to improve their attendance. Another kid might need bus tickets. Another kid might need a ride or permission to come inside the school early. What none of them need are formal consequences. Do what’s best for each individual kid depending on their specific situation.

9.) Aziz Ansari talks about performing at The Comedy Cellar during the holidays last December and seeing Jerry Seinfeld, Chris Rock, Amy Schumer, Dave Chappelle, and Louie C.K. regularly working on their craft. He (Aziz) would do ten sets a night across three different rooms to improve his routine. Be Aziz. Constantly get better. Surround yourself with great people. Practice. Fail. Grow. A lot. One of your years might just be the teaching equivalent of the second season of Master of None.

10.) As your friend DeRay says, stay woke. Don’t be afraid to talk about Donald Trump or feminism or immigrants or refugees or poverty or police brutality or mental health or depression or the LGBT community or why black lives matter or anything. Kids will have questions. You won’t have all the answers. You won’t even have a lot of them. But out of those continued conversations, something will emerge. Some people call it trust. Others call it family. Or realness. An almost transcendent energy. Whatever it’s called, it’s hard to fake and even harder to create/maintain. Don’t take it for granted.

In fact, there will be a day when a boy you deeply admire will stand up in front of his peers at a grade-level assembly and tell everyone that he’s bisexual. Not for the attention. Or the spotlight. But because he wants other people to know that’s who he is. And because he wants other people to know that criticizing someone for who they love is hurtful and prejudiced. And in that moment you’ll realize a few things quite poignantly: that the boy is so unbelievably brave and that the kids are so incredibly close for him to believe that he can be so honest in that setting and that, damn, kids are just so insanely magical.

I’d wish you luck, Mark, but you don’t need it.

Enjoy the next ten years.

You have no idea how spectacular they’re going to be.