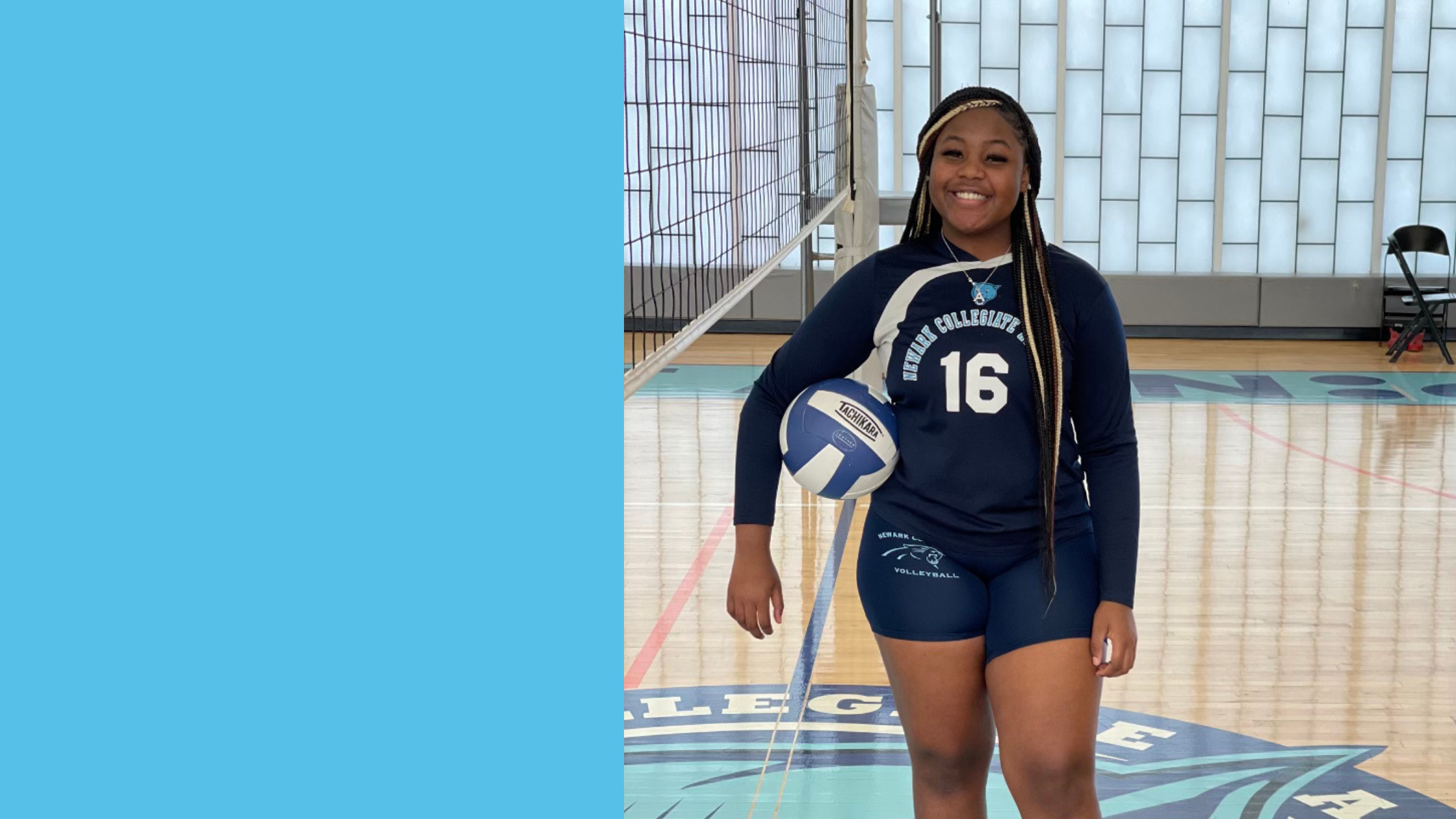 Step Inside This Year in Athletics at KIPP Newark!

This year, the squeaks of sneakers on gym floors, the shriek of a whistle on the field, and shouts of encouragement from the sidelines are back, as our student athletes return to programs at our schools across Newark. We’re welcoming back our new and returning athletes and coaches as they make their mark on athletics this year.

At KIPP Newark Lab Academy, KIPP Newark’s newest high school, physical education teacher and athletics coordinator Ariel Smith is thrilled to see students getting back into athletics. “Having strong athletics programs is so important because many kids really rely on that as their outlet for energy. Sports build school culture—there’s nothing like cheering on your teammates and building that camaraderie. In high school, it’s everything,” said Smith.

Smith’s colleague Ryan Baylock, Director of Student Life, has big plans for the school’s reentry into athletics. “We’re entering the NJSIAA this year which will allow us to compete in state tournaments,” said Baylock, who added that a plan is underway to also join the Super Essex Conference once the school’s athletics programs are further along.

KIPP Newark Lab Academy junior Ahnasia Jones-Hodges, a two-sport student-athlete who plays volleyball and basketball, is excited to return to the court. Last year, she said, the team’s volleyball season started late, and the season ran quickly with three games per week and no playoffs. But her true passion is basketball. “I miss having a crowd and people in the stands when you have someone cheering your name, it makes you want to work harder,” said Jones-Hodges, who aspires to play basketball in college as she pursues a degree in family therapy. This year, she wants to be able to work all the positions on the court and thinks that her role on the team will also help her refine her time management as a student-athlete.

Jason Agyei, a rising junior at KIPP Newark Collegiate Academy, has played soccer since he saw a documentary about pro team Arsenal F.C. when he was four years old. “My family and most of the people from my country of Ghana play soccer. I love it because soccer really connects people,” said Agyei. Last school year, Agyei’s soccer team won their conference, but the championship game was cancelled due to the pandemic. “I’m looking forward to reconnecting with my team and winning the conference again this year,” said Agyei, whose older brother Michael Agyei coaches the soccer team.

Next year, KIPP Newark will also open new middle school KIPP Purpose Academy where student-athletes will be supported by the leadership of coach Hope Whalen. Whalen, who coached soccer for years at the college level, is aiming to bring as many students into athletics as possible. She encourages students to explore a variety of sports before choosing to concentrate in one specific sport and plans to bring volleyball, basketball, and soccer to the school, adding more sports as the school develops.

“In a new school, sports offer the community so much,” said Whalen. “I believe there’s a place for everyone in athletics, whether students are in the crowd cheering on their classmates, helping out as athletics trainers, or recording statistics. There’s a way for sports to impact everyone in our community,” she said. 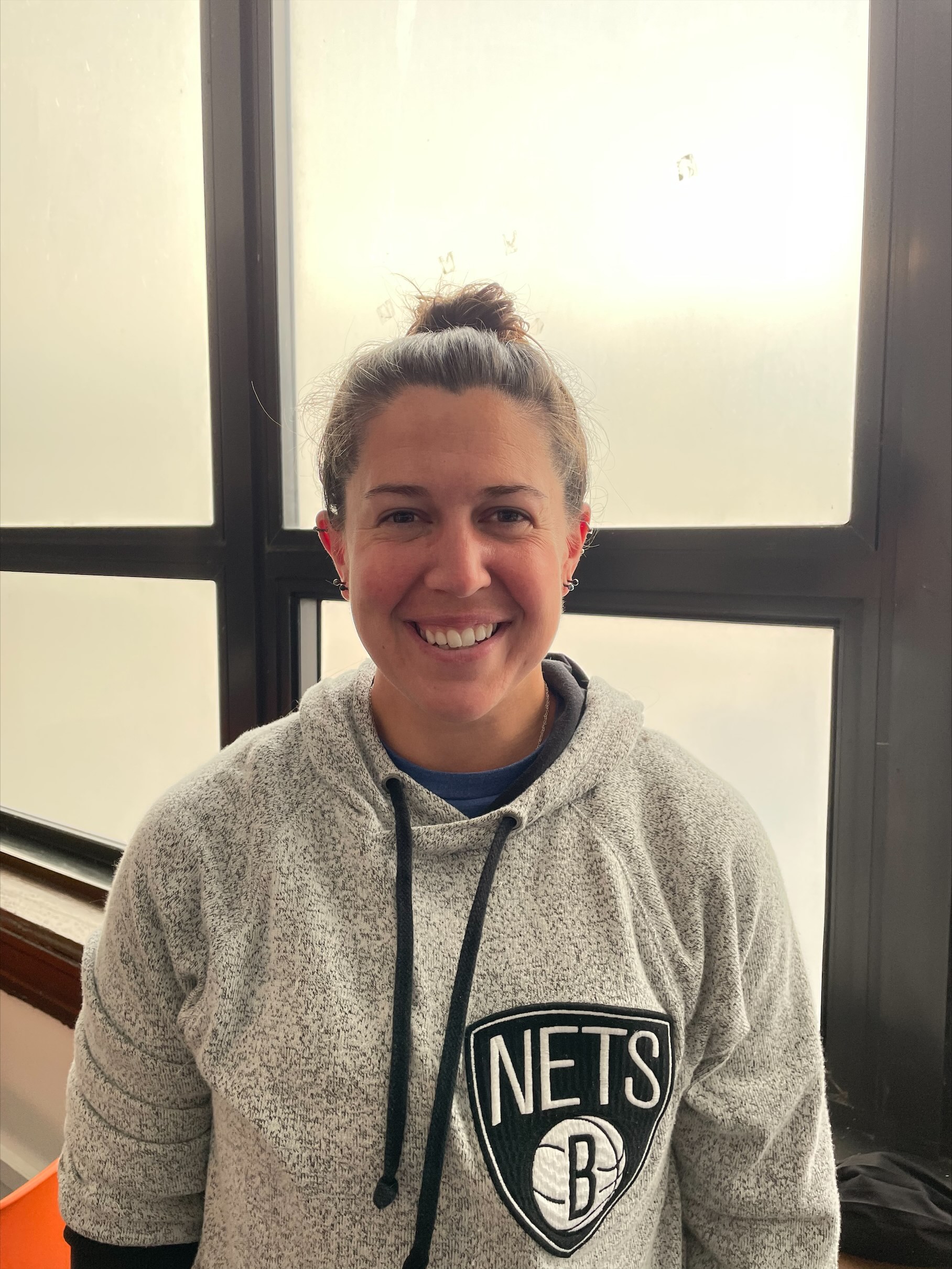 Coach Hope Whalen wants as many students as possible to engage in the athletics program at KIPP Purpose Academy.

At KIPP Rise Academy, coaches like Herbert Ruth agree that sports are an integral part of the school community. Six years ago, Ruth started a flag football team to help unite the school around a sport that was accessible to both boys and girls of all ages. “I noticed a difference for students in the classrooms after they played a game. It’s a sport where anyone is capable of scoring. You can tell when it’s game day, because the sixth graders and the eighth graders will be doing secret handshakes in the hallway. They view themselves as brothers and sisters,” said Ruth.

KIPP Rise Academy eighth grader Niaja Troutman plays flag football and competes in track. “During quarantine, I found ways to stay active, like going to the park to get a run in or work on areas I struggled in previously,” she said. But mostly, the pandemic taught her to appreciate the role athletics plays in her life. “The challenges of last year, of not being able to be with my friends and play for fans, taught me to not take things for granted. I know so many families were isolated, and it was sometimes hard to keep up with school,” said Troutman. This year, she looks forward to playing as many sports as possible. “My mindset for this year is – to go get it!” she said. 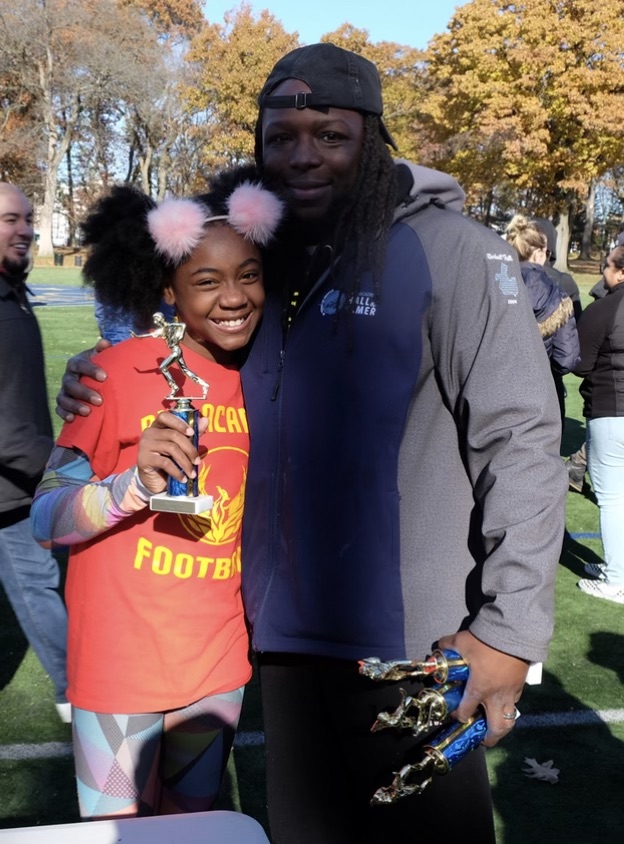 Coach Herbert Ruth and Niaja Troutman share a celebratory moment after a flag football game in 2019.

← A Day in the Life of a Teacher in Residence!
Supporting All Newark Alumni Journeys With KIPP Forward →